Our insights from watching Cheyenne's game and our interviews with her, her family, and her coach have given us a lot to consider.  We have many challenges as well as possible solutions.  The next step is to begin finding the best solution for Cheyenne.

This week we will begin prototyping possible solutions.  We have identified two possible routes of solving Cheyenne's problem:

Testing Method:
1. Controlled setting with a fan
2. Have Cheyenne try the various solutions
3. Call her name amidst other ambient noises. Give her directions.
4. Test her comprehension
5. Final interview questions, specifically looking at comfort 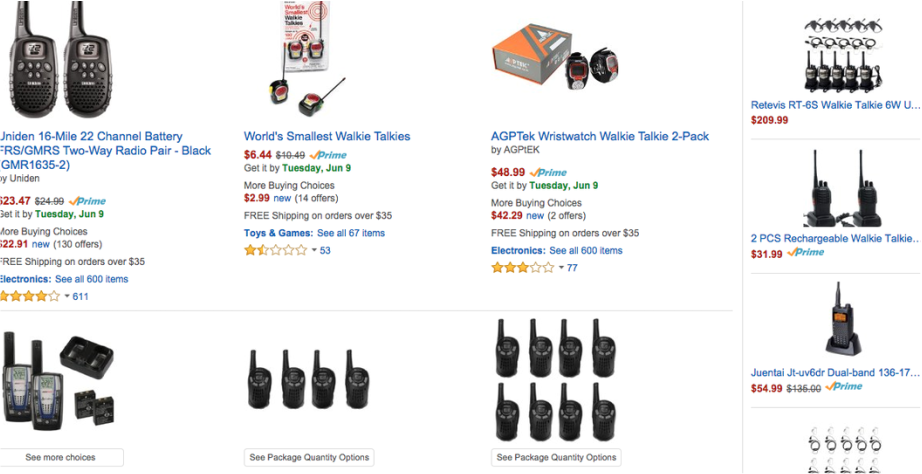 This week we invested the majority of our efforts into honing the data we gathered into useful insights that we could apply to our ultimate designs.

Ellie met with Professor Grieco-Calub, an audiologist who advised that the newest wind-reduction algorithms represented a substantial improvement over the one likely being used in Cheyenne's hearing aids. Thus, we concluded this would be a substantial component in the wind-reduction half of our design solution.

In the vein of voice amplification, we pursued the idea of using (potentially modified) walkie talkies to transmit audio from coach to player. Cody met with an electronics "expert" at RadioShack with whom he discussed the pros and cons of walkie talkie versus FM transmission systems. While they both were competitive, the smaller size of the walkie talkie system gave them the advantage.

This week was concluded with the anticipation of using the upcoming week's last round of expert interviews to decide upon a prototyping path.
This week was marked by two distinct categories of progress. In the first category, two more expert interviews provided us with the last pieces of knowledge needed to decide on a highly specific solution set for the voice amplification portion of our project and thus move into physical prototyping, the second category.

The first interview was with Cheyenne's audiologist, Dr. Murphy. She was able to provide us with specific information about Cheyenne's hearing aids, which was crucial in narrowing down a vast and arcane body of knowledge that is otherwise splintered between secretive corporations and busy doctors. Dr. Murphy's information largely centered on the FM reception capabilities of Cheyenne's hearing aids. She informed us that, among other things, :

After delivering that disheartening last point, though, Dr. Murphy followed up later in the day after speaking to Phonak directly with exciting news: Despite Phonak's business model, Cheyenne's hearing aids can, in theory, receive third-party FM transmissions if they are tuned to right frequency. She included a chart that would be necessary for mapping this relationship (see below).

The second expert interview went quite differently. Ben, an audiology doctoral candidate at Northwestern, informed us that after doing his research, he had independently come to the idea of using walkie talkies. He added another element, however, in the form of "boots" that would allow us to run a cable from Cheyenne's walkie talkie directly into her hearing aids. This direct audio injection would thus necessitate only one cable, the number he claimed as the minimum possible. His solution would cost roughly $160, but was nearly guaranteed to work.

Ben, in contradiction with Dr. Murphy, believes that Cheyenne's hearing aids, which are currently 5 years old, are unable to receive FM transmission.

The contradictory nature of these two expert's claims lead to some slight disagreement among our group as to the best course of action. In an effort to resolve this, we decided to test the feasibility of Cheyenne wearing a walkie talkie and cable, according to Ben's suggested design, while playing soccer.

Ellie and Cody met with Cheyenne and her mom in order to do another round of testing. A walkie talkie analogue constructed out of cardboard, quarters, a Sharpie, and tape according to the size and weight specifications of an actual walkie talkie was attached to Cheyenne's body in three places: on her back, on her waist, on her arm. A cable was attached on between the analogue and her hearing aids, just as it would be in the walkie talkie solution.

While wearing the rig in each of the three positions, Cheyenne was then asked to run around and kick as ball, just as she would in a soccer game. Afterward, she reported the level of comfort or discomfort she felt while wearing the rig, and whether or not she thought she would be able to wear it in an actual game.

The results were highly consistent. Cheyenne hated every position, not finding even one comfortable enough to potentially use in a real scenario.

These results cast a surprising new light on what was once the forerunning idea. Our next steps will therefore be spent either resolving the issue of wearability or pursuing direction FM reception, bypassing the need for walkie talkie altogether.
Powered by